Now that the dust has settled on our first Ethnic Entrepreneur Expo, I wanted to share some insights I had on reflecting about the event.

PhoenixRize was delighted to be involved in organising the Ethnic Entrepreneur Expo for a number of reasons. Fingal is a hugely diverse part of Dublin and as a business owner, ethnic entrepreneur and diversity and inclusion consultant, I long to see a more diverse representation of local businesses at the many events that are held in our locality each year.

The reality is that even though a large sector of the population in Fingal is comprised of ethnic communities, they do not mingle easily with the other parts of the community. I have seen how community organisations and businesses alike tend to mix with ‘their own’ as it were. While I can understand why that is, I feel strongly that as a business community we are stronger when we unite. Greater diversity breathes new life into our networks and brings increased opportunities to do business together and for collaboration.

Not only is it important for the local business community as a whole to get to know each other, but it is of the utmost importance that those business owners who are struggling or finding life as an entrepreneur difficult get the support that they need. Often, I have seen that although lots of supports are put in place by public sector bodies, ethnic entrepreneurs do not access them. It is not that this group of entrepreneurs don’t want or need the support. What business person would refuse supports put in place to help them succeed?

Often, the reason that ethnic entrepreneurs don’t access the supports available to them is because they are not accessible to them as they are to other entrepreneurs and business owners. When you come from a culture where forms are not a key part of business processes, understanding the large and detailed forms that are required of us here can act as a real stumbling block.

As mentioned in previous posts, we had a great turn out for the Ethnic Entrepreneur Expo, with business owners from Asia, Africa, the Caribbean, Eastern Europe and Ireland all in attendance. We by no means solved all the problems faced by ethnic entrepreneurs in one morning, but I am confident that we have an event which will run again and that will grow in its ability to deliver tangible results for attendees. This is just the tip of the iceberg, but it’s a good start. 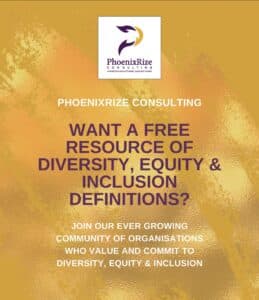