The discovery of the Omicron variant caused panic across the globe. For Africa, it has been a disaster. Botswana and South Africa were punished for this discovery, as well as for the monopolization of vaccines by the High-income countries, exposing the deep colonialism and xenophobia in the west.

Yet again we see the disposability and exposability of Africa for the global north. Yet again we see that colonialism isn’t a past phenomenon, but a lived reality and experience for so many. Whether or not the Omicron variant is more dangerous than its predecessors is irrelevant to this conversation. Rather, I want to focus on the way the variant and its discovery were portrayed in the western mainstream media, and how it created a colonialist, racism phenomenon out of it.

The talk of the vaccine inequality seems to be portrayed as an objective phenomenon with no one responsible for it, as if inequality or inequity is something that “just happens”. On the contrary, vaccine inequity, or vaccine nationalism, is a manufactured phenomenon. High income countries have required and gotten primary access to vaccines while further restricting import to low-income countries. High income countries seem to be punishing Africa for the mistakes they made: the monopolization of vaccines created the conditions for a new variant to spread, yet rather than learning from this, multiple African countries are being added on travel ban lists, and on very short notice. With the new variant spreading from and around the western world, the travel restrictions are only hurting Africa, rather than helping the rest of the world. While travelling seems to be a widely accepted and encouraged phenomenon inside Europe (and outside Europe in the case of holidays) and hasn’t been restricted even to the most infected areas, there was no hesitation in closing borders with African countries.

The case of Omicron is another vivid example of how the western world sees Africa: as a single clumped category. When the South African laboratories released their information on Omicron, countries such as the UK jumped on the ban hammer, implementing travel restrictions on multiple African countries — and only African countries. The plethora of Asian and European countries infested with the Omicron are still open for travel, while African countries with no reported Omicron cases are under a ban. 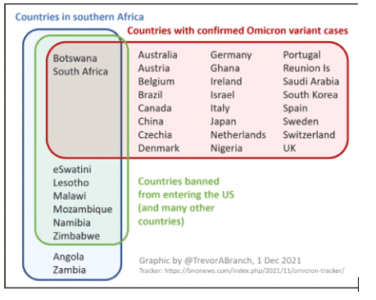 The sensationalist media jumped at the opportunity of portraying an African country in a bad light without a second thought of getting the facts straight. The Omicron variant did not come from South Africa, nor is it the “South African variant”, but it didn’t hinder the media from creating it as such. In fact, the Dutch government officials have stated that the first cases of Omicron in the Netherlands are dated before the first found case in South Africa on the 24th of November. Yet after this news, there has been no immediate reaction, no travel restrictions, no naming of the Omicron as “The Dutch Variant”. The variant had been identified in Botswana already in October. Yet, all of this is irrelevant to the conversation because we all already know: the colonialists will never look at this evidence and apologize for the damage they have done, for they have never done it in the past either.

It shows the depth of the colonialist thought still present in the global north. Africa is painted as wild and dangerous, an attacker or a villain, while the European countries with the same virus variant are victims, rather than villains. Rather than praising the advanced level of the scientists who identified the variant or seeing it as a “breakthrough” regarding covid19, it is seen as a hazard and a danger. Rather than being based on science, controlled results or deeper research, the portrayal of and the actions against the Omicron variant are discriminatory, colonialist and xenophobic. Rather than being included in “the fight” against covid19, African countries fast become isolated, seen as the villains. As Dr. Ayoade Alakija so painstakingly correctly stated “had the first SARS-CoV- virus, the one that was first identified in China last year, originated in Africa, it is now clear that the world would have locked us away and thrown away the key”.

Through releasing patents and the vaccine IP the western world is forced to share its power with the countries and people it tries to control, making it obvious why it rather creates programs such as the COVAX. I call for a release of the vaccine IP and patents and a global responsibility over the pandemic – even when low-income countries are concerned. I call for a dismantling of colonialist thought and journalism that searches for sensation in the cost of African freedom. I call for a dismantling of colonialist relations of “aid”, of white saviourism when it is the same institution that has created the conditions for a crisis to exist in the first place. 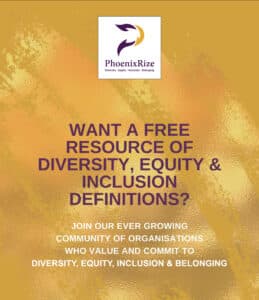